MAF Sensor Failure in Your Porsche: What to Look For

MAF Sensor Failure in Your Porsche: What to Look For

Porsche cars are known for their performance, luxury, and impressive road presence. When parts begin failing, it can take a toll on all three of those elements, making your Porsche no more “impressive” than any other car on the road. The Mass airflow (MAF) sensor is one element of your vehicle that is essential to its performance at all times. MAF sensors generally don’t fail prematurely, except under specific circumstances – that’s why it’s important to remain diligent about performing frequent inspections and remaining aware of any changes in your Porsche’s functioning. Here we’ll discuss the importance of the MAF sensor and try to understand more about incidents of failure in Porsche vehicles.

To help your Porsche run optimally at all times, it includes several different types of sensors throughout the vehicle. Parts like the oxygen sensor and wheel speed sensor are just a few elements in your Porsche that optimize its performance. Similarly, the MAF sensor carries out an important function: it determines what the right air to fuel ratio should be for your engine at any given point in time.

The MAF sensor detects information about what the engine needs in order to function appropriately for the conditions. For instance, if you need to accelerate quickly, the MAF sensor will detect that you require more fuel in for combustion, will communicate that information to your car’s on-board computer, which then dictates to the car how to make the changes it needs. As you can see, it’s highly problematic when the MAF sensor fails because your car won’t be able to adapt to different driving conditions appropriately. Furthermore, this can add strain to the other components of your engine, putting parts at serious risk of premature failure as well.

Signs of MAF sensor failure you should know about

Like most important aspects of your vehicle, when parts begin failing or malfunctioning you’ll likely experience concerning symptoms that alert you that something isn’t quite right. With MAF sensor failure, this may occur gradually and worsen over time, or it may occur more suddenly. In any case, it’s important to be on the lookout for signs of malfunction so you can catch the problem sooner rather than later:

Porsche cars aren’t particularly known for having excellent gas mileage, but it’s certainly a red flag when you begin to notice a drop in fuel efficiency. There are a number of reasons why this may occur, so ruling out the MAF sensor as the direct cause is a critical first step.

Usually when your vehicle begins to stall, it’s a sign that something is off with the fuel/air mixture. If the car runs lean, it’s not getting enough fuel and is at risk of stalling. This is common of MAF sensor failure in that it isn’t able to accurately detect how much fuel the engine requires.

Unlike fuel efficiency, Porsche’s are certainly known for their delivery of power. If you notice that your Porsche isn’t accelerating as smoothly or fiercely as it once did, it may be time to have the MAF sensor checked out.

Rough idling is a cause for concern in any vehicle, let alone a high performance car that should run smoothly all the time. Next time you’re sitting at a red light, notice what your car feels and sounds like as it rests. Rough idling can tell you a lot about MAF sensor function.

Under normal conditions, your Porsche should start up like a dream. If the MAF sensor fails, it might look more like a nightmare. If you have difficulty starting your engine or turning it over, the engine may not be receiving enough airflow or fuel due to a faulty MAF sensor.

How to prevent MAF sensor malfunction 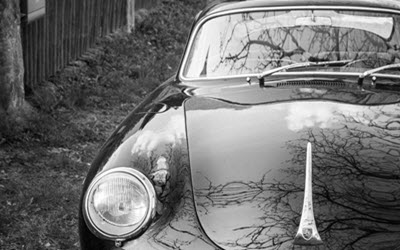 The most effective way to keep your Porsche’s MAF sensor working well is to provide your car with consistent, specialized, ongoing care. The Porsche experts here at Germany’s Best have attended to MAF sensor issues for countless residents of Berkeley, Emeryville, Piedmont, and Oakland, CA. To learn more about our experience working with Porsche models, or to schedule an inspection of your MAF sensor function, please contact us directly.