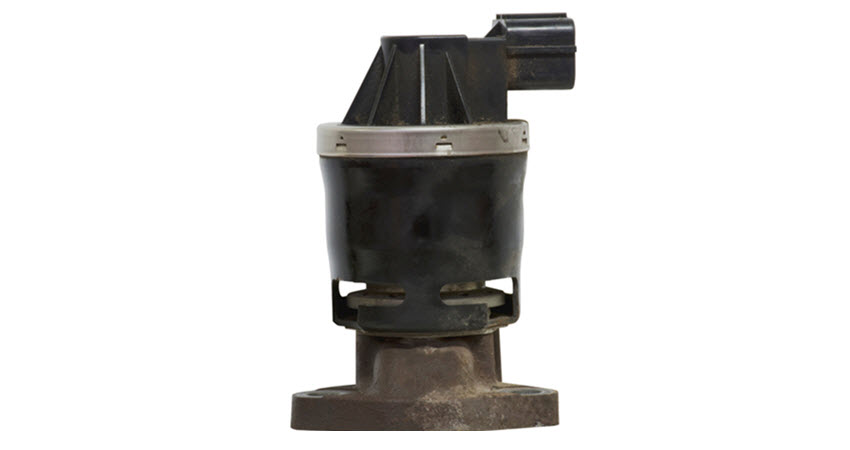 The EGR (Exhaust Gas Recirculation) valve is the most important part of your vehicle’s engine management system and plays an integral role in protecting the environment for your vehicle’s toxic exhaust fumes.

Nitrogen cannot be avoided. Nearly 80 percent of the air we breathe is full of nitrogen. However,  nitrogen turns into a big problem once it gets exposed to the extremely hot temperature that exists in your engine’s combustion chamber. This extreme heat causes the gas to release a very harmful chemical called nitrogen oxide, or NOx, into the atmosphere from your exhaust system.

The EGR does exactly as its name implies: it recirculates exhaust gas. The device has a preset amount of exhaust gas that it recirculates. The end result is not only lower NOx emissions, but also increased engine efficiency and reduced fuel consumption.

You may find that in a newer vehicle model, instead of a traditional EGR valve system, it contains a modern device that has been constructed and designed to cool the gas emissions before they ever have a chance to circulate from the engine back into the emission system. The way this newer device cools the emissions is by using both ambient air and engine coolant.

How does the EGR valve work?

The EGR valve sends a precise volume of exhaust gas back through the intake system. This act alters the entire makeup of the chemicals in the air that enters the engine while minimizing the amount of NOx that is released.

The mixture that is released contains a much lower amount of oxygen which causes a slower burn and a reduction of NOx production. The end result is exhaust that is more efficient and cleaner.

The EGR valve is designed to open and close when needed. When you first start up your engine, this valve should be closed. However, if your engine idles or operates at a low speed, the valve will gradually begin to open. When idling, the valve may open up by up to 90 percent.

By now it should be apparent how important the EGR valve is in reducing NOx levels in the air. Another primary function of the valve is to improve the fuel efficiency of your vehicle, which occurs as a result of the way pressure and temperature inside the cylinders are regulated.

A piece of tubing called an EGR pipe is how the EGR system sends the exhaust through the engine. Recall that the exhaust itself contains a large quantity of contaminants. Over time, these contaminants can start to build up along the inside of the pipe. This build-up can eventually turn into a clog.

Once the pipe becomes clogged, your engine may start to experience very similar problems as it would with a bad EGR sensor, such as dangerously high temperatures in the engine.

The good thing about a clogged EGR pipe is that it is a super simple fix for a mechanic. All the mechanic has to do is remove the pipe then spray it down and scrub it clean with a carburetor cleaner. This special solution is designed to work on build-up quite well, especially when paired with a specially designed pip brush.

Not only can the exhaust contaminants cause a build-up in the EGR pipe, but they can also build up inside the EGR valve itself. After building up for some time, the valve may begin to experience difficulty in opening or closing or become stuck in an opened or closed position.

Visit Germany’s Best, Inc. for All Your Audi’s Needs

If you suspect that your EGR 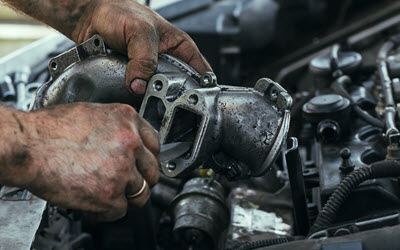 valve is going bad, you should bring your car to our reputable and licensed mechanics right away. If you live in the Berkeley, Emeryville, Piedmont, or Oakland, CA area, for the best service, contact Germany’s Best Inc! Call us today to set up your convenient appointment.